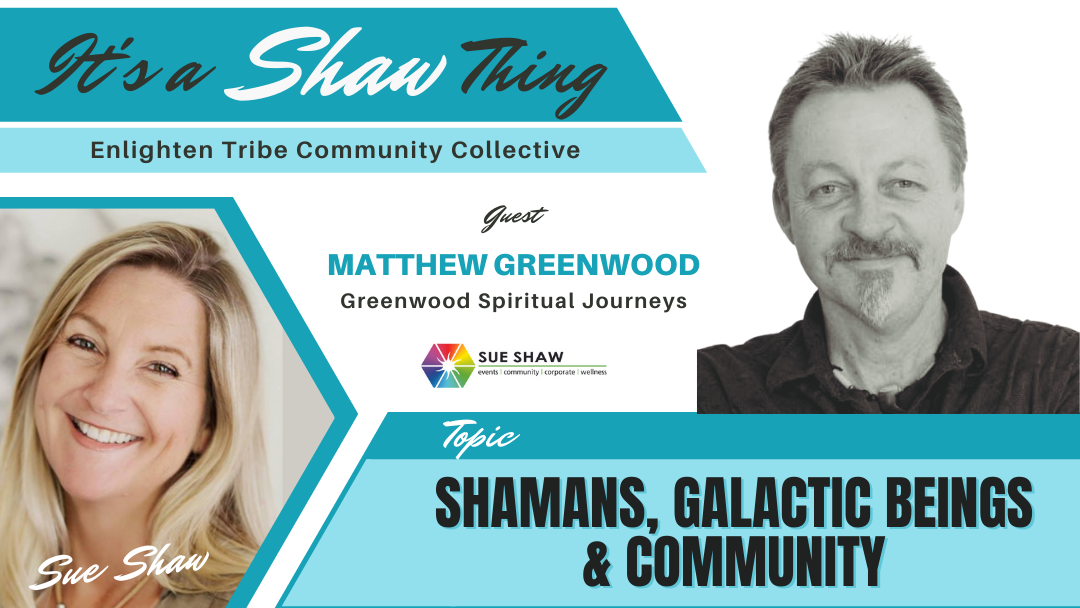 I’m a furniture maker by trade and hadn’t had any spiritual experiences up until this one day when I was in the workshop and heard a male voice right beside me and he said “Matthew, there’s more to you and there’s more to life. You need to go and find it.”

I’ve had a lot of chronic illnesses throughout my life and, looking back, I realised the chronic illness occurred every seven years and the voice I heard was a year before the next seven year episode so I knew I had to change the way I was living, and stepping onto a spiritual path changed my whole life. It was amazing.

I actually remember thinking to myself, a week before I heard that voice, is this what life is and I was picturing myself looking a bit like Geppetto making Pinocchio with a leather apron on and half glasses and a pipe and I’m thinking is that what I’m going to be when I’m 70?

Over the last 12 months I’ve been spending some time making a canoe in my shed as I realised how busy I’ve been and that I needed to have something that’s just for me. It’s very special to me and it’s like a form of mediation when I’m in my shed creating.

I’ve always been drawn to Mount Crawford since I’ve been in South Australia and realised why after knowing the Head Ranger up there for some time, he said there’s crystal energy throughout that area and there’s also Galactic portals up there too, it’s a very interesting place.

Speaking of Galactic Beings, I have half a dozen at the moment that I’m in communication with on and off and they can show up anywhere, so I don’t sit down and get in the lotus position and turn meditation music on to hear them.

I can be driving along in a car or just out building my canoe.

If they need to talk to me they will, and they give me a lot of information about what’s coming.

They’ve also given me a lot of insights over the last 20 years around the energetic changes that have been happening on the earth through to DNA activations that were starting to happen about 12 years ago, and it’s been an incredibly educational journey. I’ve also physically seen two of them so far, that I can remember anyway.

Communicating with them is like communicating with someone from a different civilization. On Earth, we don’t know anything about them. We assume they think the same way we do and they don’t. They try to, but they’re not us and so we have to learn to bridge this gap between us and we do a pretty good job, but you have to be very flexible with the way you think, and not assume or or have expectations, but just do your best to work together, which is what really we all should be doing, whether we’re Galactic being or Earth beings.

Entities can take many forms, anything from a spirit. So if a person was dark in nature in life, they can definitely go over into the spirit world and be dark in nature also, and get up to mischief and sometimes a lot of trouble but the majority of entities are from other places other than the Earth.

They’re all very similar in the way they work, they’re basically just wanting to feed off our energy and darker, lower vibrational emotions.

If we’re buzzing at a high frequency, and we’re doing all this beautiful spiritual work, generally, you tend not to attract dark entities, but if you’ve come from a pretty dark place, and have dark people around you, and if you’re in that environment a lot, you’re more open to be drawing one of those entities into your space.

They’re really just there to perpetuate that negative process that you’re going through, so they’ve got more to feed off, because that’s all they’re interested in is feeding off that lower vibrational energy.

So it can get very symbiotic in a bad way, a negative way, where you’re kind of feeding off each other really because sometimes there’s power to be had by having a negative entity there too.

For example, a person who is quite manipulative in life can have those sorts of qualities of being covertly manipulative, covertly and that will also draw in a dark entity too, because just like we have positive guides and beings around us, it’s certainly the case for people who live a different type of life  and first of all, the person has to be willing to want to shift that and wanting to change.

Quite often I’ll take a client to the core of where those negative thoughts and processes came from, and any abuse, then help to remove any energy that’s not theirs and that is in their space, and then remove the entity after that.

Generally when the entity hasn’t got anything to feed on, then there’s no reason for it to be there so it’s very easy to release.

There’s an old saying that wherever there is something like an entity or a dark energy, there’s a lack of love, so what I do is to help bring that pureness back into their space so they get that love vibrational energy back again.

Shamanism, in essence, is the ability to bridge between this reality and all other realities and learning to communicate with all other realities including the plant, animal, bird and insect kingdom and knowing that there is energy everywhere that’s connecting us and binding us all.

With Shamanism, I help train people to do basically what I learnt to do whilst living on the Reservation in Rosebud, South Dakota, USA.

I was lucky enough to be there initially for about five months back in 2001, and I was basically thrown into a situation where I was teaching woodwork in their college, which was fantastic, working with young Native Americans, and also living with a traditional family and I was mixing it with medicine men all the time.

The fellow I stayed with, who I’m now brothers with, Gary, he’s really a medicine man himself, he just doesn’t want to say it. His grandfather and his uncle were both medicine men and he has quite a following over there himself, in people that he helps.

The training came indirectly, in a lot of ways, and I don’t expect everyone to understand this one, but I had a lot of my training previous to going to the reservation.

One of the other things I do is see Spirit Guides. Everyone has them; they are basically other aspects of our soul that have had life experiences.

We regroup with some of our life experiences, and that’s who we call Guides. They’re evolved states of being that have experiences that can help us in this life now for us, help us to reach our potential.

I had one medicine man who was with me for about 15 years and it’s like he was standing right next to me, I could be doing anything, driving in the car,  in a woodworking workshop, and he would give me a bit of a dig in the ribs and get me to look at someone else’s aura and we would discuss what we were seeing and, or be talking to me about all kinds of things, but then on the job training with clients, too.

It’s been a bit of a mixed bag of training for me, where I’ve not only certainly worked with Elders on the Reservation and medicine people, but I’ve had it on going through my life as well which doesn’t happen to everyone I know. It’s not something you can just pull out of thin air, I just see myself as being very  fortunate that I’ve had those experiences happen to me.

I think it’s very important these days to be working with other people. The Tribal Elders of all the tribes around the world acknowledge this time as a coming together of the tribes, including white people.

It’s really important that we do work together as this is about union and community and I know for a fact that there are Elders that meet several times a year throughout the world to work together to help what’s happening on the planet now.

They’re formulating ways to bring change and growth and to open up all of those beautiful energies that are coming through as well. So we have to work with them. It’s really important.

I’ve been given a bit of information from the Galactic beings about the 20/2/2022. This is the beginning of the breakdown in the old ways, it’s already been happening but this is a more obvious appearance of breaking down of the old ways. This is also the opening of the new ways coming through and like we just talked about people working together, more new leaders coming to the surface for our politics, when there’s very few leaders to even choose from at the moment.