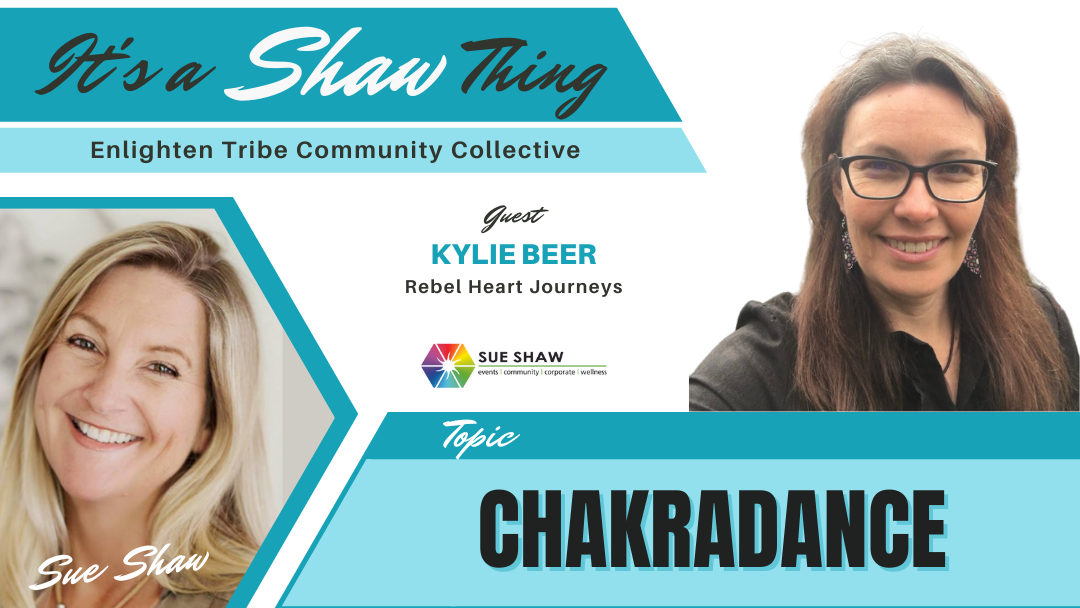 How did you get involved with Chakradance?

In 2018 I was working in banking superannuation in the corporate world and felt there had to be something else in life so I decided to leave and study counselling. I kept getting told that I should be doing something with music and it never quite made sense because although I love music, I can’t play any instruments.

Then one day in early 2020 I saw Chakradance advertised at the Riverdell Spiritual Centre. I went along and am so glad I did because that was just before the COVID stuff hit, so I think I faced what was coming so much better because I had just done the whole Chakradance cycle.

Rachel, who does the classes at Riverdell was the host and I was amazed after the first class and knew it was what I wanted to do. Rachel was so supportive with helping me get enrolled with the facilitator training.

We have lots of chakras in our energy system and with Chakradance we only work with the seven major chakras from the base at the bottom of the spine up to the crown at the top of the head. Each chakra resonates with a variety of things. They each have their own individual colour, their own individual frequency, and they have elements that are related to them and also relate to different parts of your body.

With Chakradance, the music is composed to the frequency of each chakra, and I guide people through an inner journey. I talk about what colour and what element and you hear it in the music as well. For example, the Sacral Chakra is the element of water, and the colour orange, so I talk about a full moon rising over water, and that you’re in the water, and you can feel the water coming through your lower belly.

It helps guide you with that chakra and weaves it all together.

The music is composed to that particular frequency and you can hear it in the background as well as a singing bowl and other instruments in that frequency. It’s very intricate and complex but works really well.

I’ve had lots of people say that their backs aren’t strong and they’ll sit down for the session and by halfway through the first track they’re already up and moving.

It shifts that energy, and they just want to move.

Generally the class will start with a short five minute, opening meditation to set the intention of letting go of the day, and arriving in that space, then we do a warm up. That’s either a dance or a white light meditation, and then we move into the Chakradance. So either all seven chakras or that specific chakra if we’re focusing on a particular one. Then we move into the creative exercise which is the Mandala artwork which is a powerful process just in itself.

Mandala means ‘magic circle in Sanskrit. It is a container for the energy of what you’ve just experienced and you’re pouring that energy onto the paper, which you can look back on at any time afterwards, you can draw back on the energies which is such a powerful thing to do. Then we finish with a closing meditation to integrate the whole experience.

Some people don’t know what to draw at first and then it just flows. It could be circles, or words or anything like that and it’s amazing what people come up with after they finish their dance and the information they get is just phenomenal.

Where did Chakradance come from?

It was founded in 1998 by Natalie Southgate. She’s based in Noosa, Queensland, but when she first started this, she was in London and was studying Jungian psychology. So that’s another aspect of Chakradance. It’s got a lot of Jungian psychology in it. She used to just turn the music on and dance and she started to realise that some of the frequencies were affecting her chakras and that’s when she started to delve into it and got guidance, and the word Chakradance and started to go from there and work with specific music. Now she’s got a full time composer to do it for us. It’s also global and not just here in Adelaide, it’s everywhere, especially in the UK and US.

How can people experience Chakradance?

I offer classes every Tuesday night at the Heart Centre Academy of Healing in Mawson Lakes.

I facilitate a drop in class on every alternate Tuesday, so anyone can come in and do all seven chakras.

On the alternate Tuesday night, I’m running a nine week cycle starting on 10 May which will be a deep dive into each particular chakra from that date. So the first one is an introduction to all 7 Chakras and then we’ll start at the base chakra and carry on through each of the seven chakras over the nine weeks. Each session goes for an hour and a half.

What are the benefits of Chakradance?

Feeling lighter. I recently did a workshop specific to the heart chakra and one of the ladies came back a couple of weeks later to another class and said that even her husband asked what she had done as she seemed so much lighter because she just poured out so much grief that she had been hanging on to, probably not even realising she was, and just released all of that in the workshop.

With people who come regularly, I’ve seen how much they open up a lot more as well.

The other thing I’ve noticed, especially when we start working through the solar plexus, heart and throat is people starting to stand up in their power and actually put boundaries in place and learning to say no but they’re doing it in a heartfelt way because they’ve opened up their heart chakra before they’ve gone to their throat.

The stories that you hear in the workplace with people struggling with their boss but then they’ve actually sat down and had a really good conversation and things went well. So it can have an impact in so many different ways. It just comes down to how much you’re wanting to do the work really.

Attendees don’t need to worry about others watching them because everyone dances with their eyes closed and they lose that sense of inhibition that people are watching. I just make sure everyone is safe and not bumping into everything and hold that space for them.

During the classes I give people an option to wear an eye mask as this takes you even more deeper within yourself, because you can’t just sneak a little peek and have a little look and see what’s going on so you forget and just enjoy the journey a lot more.

I keep the classes to six or seven people and they’re quite small at the Academy because it is a smaller space that I’ve been working with. People are loving the space and energy there and the fact that it’s a more intimate space so they feel comfortable sharing what’s going on.

Does it help to relieve pain?

It can help relieve pain, especially back pain because our chakras are related to parts of our body, so you can associate which chakra that belongs to. People have come in with a sore back at the beginning and when they’ve finished they don’t have any pain because they’ve cleared whatever blockage that’s been holding them back.

Can people do this at home?

They certainly can. I’m launching the Reboot your base chakra on 1 May which is a 10 day at home ecourse so when you register, you’ll get a link to download all the meditations at home.

This includes an ebook with energy exercises around your base chakra plus a series of meditations including dance meditations as well as seated meditations, including one where you meet your spirit animal. Our base chakra is the most important chakra that keeps us grounded and feeling safe and connected to the earth so this workshop just really brings you back to this raw, primal energy.

Later in the year, I will be offering a 9 week eCourse called Heal Your Life, which will take you on a journey through the 7 chakras in depth.

Do you use different essential oils for each chakra or just a couple?

I’ve made roll on blends for each particular chakra as well as Bush Flower Essences so everyone has some drops of Bush Flower Essences to help open their hearts and some essential oils to give that serene smell as well. This also provides gentle emotional support throughout the journey.

I also facilitate retreats with Rachel, generally at Riverdell Spiritual Centre over two days where we focus on a particular chakra, as well as day workshops which will be coming up soon.

I was recently at the Riverland Wellness Festival and offered healing energy work with a bit of sound and I also make fans, rattles, drums and other pieces for Matthew Greenwood for him to sell up at his place and on his stand.

When I was doing my heart chakra, I wrote Rebel Heart on my mandala and I drew my logo when I did the solar plexus chakradance, so again, that’s just another example how this modality can help you because you’re out of your head and in your body.

Facebook: Rebel Heart Journeys – click on the link to receive a free gift which is a bit of a taste of what the Reboot your base chakra is about and it includes a few meditations.