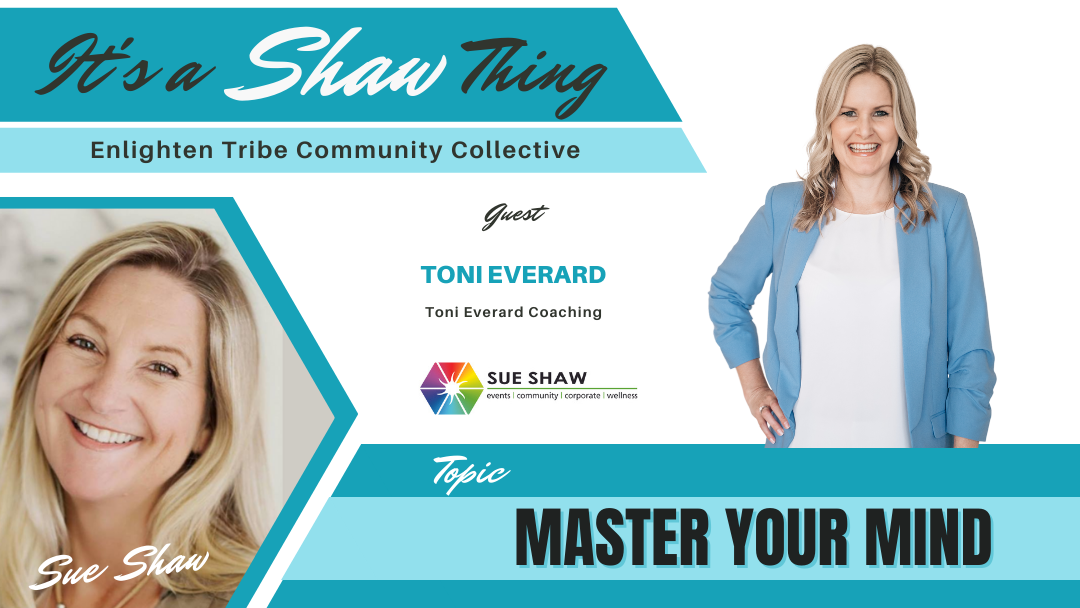 Now more than ever, it’s so super important that we all become our own best coach.

That’s what I’m really passionate about and fully believe in people having coaches. I’ve got my own coaches, and I coach other people, but it’s also about being your own best coach in a day to day kind of a running of your life because we’ve got this constant chatter in our mind and it’s really about learning how to use your mind for the best for you.

I look at the three minds essentially:

What we want to be able to do is use our conscious mind, as the guardian of our thoughts, as the gatekeeper that, when something comes up, or when we notice some kind of feeling, because essentially our best way of knowing where our thoughts are by how we feel, so often, we’ve become more aware of how we feel more so than our thoughts.

Ask yourself “how am I feeling right now?” and if that’s not really positive, then it’s a good time for me to check in, where are my thoughts and what kind of thoughts am I letting run through my mind, because your mind can go anywhere, and generally has over 90% of the thoughts you have are the same thoughts you had yesterday, so they just keep running on automatic.

Unchecked, we just keep running these same programs that keep us stuck in the same old place but we want to have our awareness about what are we doing and really bringing in our consciousness into our awareness and just start off by being guardian of those thoughts, and checking them “is what I’m thinking at the moment really true?” “Is it really helpful?” “Is it what I want?” and really checking in on that and that’s a really good place to start.

As children, up to about the age of six or seven, we don’t have that critical thinking developed in those young years and for good purpose because it allows us to just absorb what’s going on so that we can learn how to live, how to be a human in whatever situation that we’re born into. We can absorb that really quickly but of course, what that also means is that there’s no real filter for what we are absorbing? Is it really good or helpful for us? Or is it just stuff we’re taking on board from other people who have got their own stuff as well.

By the age of six or seven, we develop the critical faculty and start becoming more aware of what we are focusing on and letting in but by that time we’ve taken on a lot of other people’s values and beliefs and all of that really forms our personality.

I teach a three day hypnotherapy training and it’s one of my favorites to teach and people always rave about it because they often don’t realise that it goes back hundreds, if not 1000’s of years to where the origins of hypnosis started. In ancient Greece, and Egypt, they had these sleeping temples where people would come from afar and they’d gather in a room and lay down, and get very relaxed and a high priestess or priest that would give them suggestions of health and people would leave the sleeping temples and have improved health.

Hypnosis has been around for so long and it’s got a really interesting history throughout time because it’s always had this dance with the Western medical journey along the way. In fact, South Australia was one of the last States to deregulate hypnosis in 2011 so up until 2011 you had to be a doctor or a psychologist or something like that to be able to use hypnosis. The thing about hypnosis is that there’s nothing magical about it, it’s a very natural state that people go into every day.

If you’ve ever seen anyone watching TV, and they’re fixated on the screen and you talk to them, and they’re not very responsive, they’re in deep trance.

When you’re driving down a road and then end up at your destination without even realising it as you’ve been in this driving trance. Or conversational trance, when you’re getting into this deep rapport and conversation and everything else seems to kind of fade away? So it’s a very natural state and essentially hypnosis slows down our brainwaves.

Generally we’re in a beta state when we’re awake, and then brain waves slow down a little bit more into alpha and then enter theta and then delta’s very, very sleepy.

In hypnosis, we can slow down the brainwaves and that gives us the ability to bypass that critical faculty, that I was talking about before, that develops around the age of seven, so that you can create change at the unconscious level, because we know all learning behavior and change happens at the unconscious level. So if you can access that directly, and give suggestions at that level, you make instant change and it’s very, very powerful.

The stage shows are a numbers game. There’s a certain percentage of people who will be highly suggestible and they will want to join in a stage show. So the people that get involved in stage shows are generally the people that would do similar kinds of stuff after a few pints at the pub on a Saturday night. They’re usually extroverts, they like having fun, and they’re there because their subconscious wants them to be!

You can’t brainwash someone with hypnosis and in fact, there’s reports from the MK Ultra they were doing back in the 1950’s in Russia and China and they found that they could not brainwash people through hypnosis alone, even after eight hours of hypnosis.

You won’t do anything under hypnosis that’s against your own morals and values, essentially. You can’t rob a bank and say, oh, look, I was hypnotised because you only rob a bank if it was okay for you to rob a bank anyway.

If you’re in hypnosis and the hypnotherapist says something to you that is not aligned with your values or morals, it will actually bring you out of it so it’s very safe and very natural. You’re in control and the key thing is that all hypnosis is self hypnosis. I can’t make you close your eyes. I can’t make you relax and I can’t make you take on suggestions. I can just give you the process but as the client, you’re the person who has to do that, otherwise it doesn’t work.

Neuro Linguistic Programming or NLP, as it’s most commonly referred to, is neuro’s – like the mind and the nervous system, linguistics is definitely our language and our communication, both verbal and nonverbal, and then programming is just basically that we run strategies all the time to get our desired outcomes.

We have strategies for everything, love, relationships, brushing your teeth, health, whatever it is that you do, there’s strategies that you run for it.

The interesting thing about NLP is that nothing in NLP comes from NLP, it’s all been drawn from hypnosis and psychologies and all those different sorts of sciences but the key thing it does is turns things into a process. So, for example, rapport was always used in hypnosis and it seemed to be this magical state that the hypnotist would get in with the client and the client would naturally uncritically accept suggestions but no one really knew what was the actual process so NLP turned it into a process and they studied that and it’s actually a process of matching and mirroring and when match physiology and breathing and all these different things, you get into a rapport and type of likeness.

That’s just one example and there are a lot of things that come from hypnosis in NLP because the founders of NLP, Richard Bandler and John Grinder, were studying some people that were getting really good results, this was around the late 60s, early 70s. They did a lot of study of Milton Erickson, who is a very famous hypnotherapist who practiced hypnotherapy for about 60 years, and found that he got really good results by being very ambiguous with his language.

They modelled Virginia Satir, who is a very famous family Therapist and found she got really great results by getting really specific with questioning and getting into detail. They studied Fritz Perls who was doing Gestalt Therapy and there’s anchoring techniques that came through from Ivan Pavlov and Andrew Salter. It’s really about looking at whatever issue we’ve got going on with NLP, and seeing how we can unpack it. Once we unpack how you’re doing it, we can find exactly the bits that we need to help you change or reframe, or whatever that might be, and then create a new strategy or new way of being that gets you the results that you want to have. So it’s a very useful tool.

My main focus is in teaching because if I can get you in a room with me for a few days and teach you how to manage your own mind, it’s totally transformational in all areas of your life.

Being able to master our conscious mind and our unconscious mind is really powerful but the thing that most people tend to not pay so much attention to is their higher consciousness and this is where we connect in with that knowing the magnificence of who we truly are, that essence of who we are, that’s way beyond this life form. Who are you truly?

What is that energy that you are connected to? That soul energy and consciousness that’s connected to all aspects of you throughout time, space, matter and when we connect into that space, we can draw on all of these resources that we have available, that essentially helps us transcend anything that we’re struggling with in this lifetime because what often happens is people get so hooked into digging for the trauma and thinking if I can just clear out another thing that I’ll eventually clear everything out, but it’s like going down a rabbit hole, as the more you dig, the more you’ll find.

So there’s a point in time that we just have to go, great, I’ve done a lot of work here and I’ve really cleaned this up and I’m using my mind well, now I need to just transcend and I need to raise my vibration, and my frequency, my resonance, to be in a space that matches where all that good stuff is.

Where I feel the freedom and the joy and the expansiveness because in that space, there’s so much more available. I can be of such greater service and when I’m at that higher vibrational space, I have a much more positive impact on the people around me. The fact is, this stuff is based on quantum physics and it’s really where we’re bridging the gap between science and spirituality, especially in these times. We need more people raising above and getting into that higher vibrational space.